Fighters from the French Air Force, currently deployed in Estonia as part of the eAP mission, carried out their first multinational exercise on Wednesday 6th May, alongside their Finnish and Swedish counterparts. 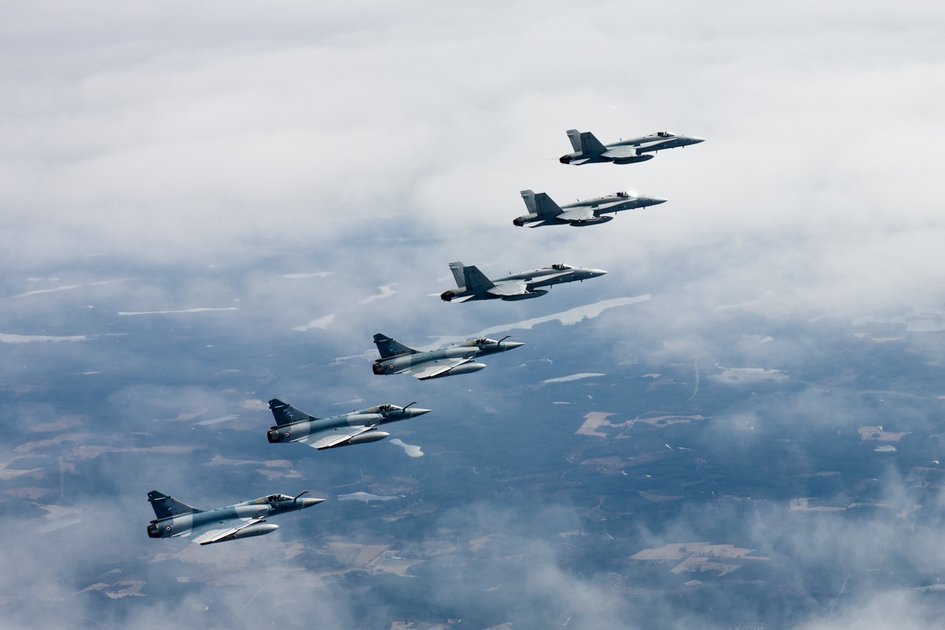 Three Mirage 2000-5 started their training this morning, along with four Finnish F/A-18Cs. During a flight of about two hours, they flew over Finland and trained in combat. In the afternoon, six Swedish JAS-39 Gripen C aircraft took part in the same exercise alongside French fighters.

These flights were conducted under the Finish Swedish Training Exercise (FSTE) protocol. As Finland and Sweden are not NATO members, this protocol enables the nations involved in Operation Baltic Air Policing (BAP) and Enhanced Air Policing (eAP) to train with the two Nordic countries once they have been disarmed. This exercise is an opportunity to strengthen interoperability between European nations and it will reoccur during the French mandate in Estonia.

eAP is part of NATO’s air policing missions in the Baltic States, known as "Baltic Air Policing" (BAP). These missions aim to guarantee the integrity of Baltic airspace in peacetime and France has been regularly deployed there since 2004. Therefore, when NATO implemented the eAP in 2014 as part of the assurance measures towards the Baltic countries, France was present. The French forces, in solidarity with their Allies, have thus completed their commitment to BAP by conducting patrols as part of the eAP mission, as the second mandate has just arrived on Estonian soil.