French Ambassador to the United-States, Mr Philippe Etienne, paid a visit to the headquarters of NATO Allied Command Transformation (ACT) in Norfolk, Virginia. This visit was a chance to reaffirm the importance of the transatlantic bound, especially at the occasion of the Alliance’s 70th anniversary. 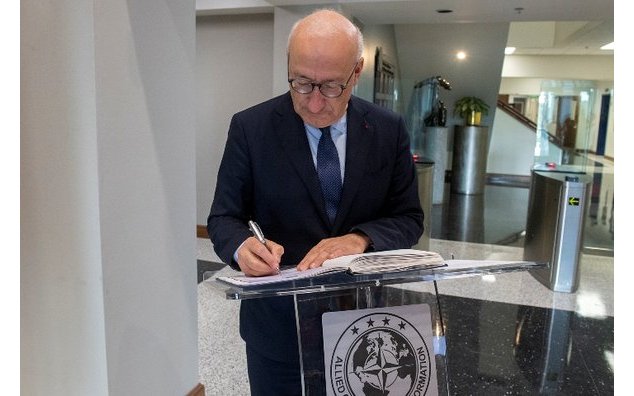 In the framework of this visit, Ambassador Philippe Etienne met with French military and civil society working for NATO Allied Command Transformation (ACT) and expressed his support to French militaries and their family. He also visited the United-States Second Fleet as well as the EFAN (French-American School) in Norfolk.

ACT is one of two Strategic Commands at the head of NATO’s military command structure. This Strategic Command, located in the United-States and headed by French General Lanata, is dedicated to the adaptation of allied armies and plays a key role in the strengthening of the transatlantic bound.