Some 300 French soldiers are being deployed to Tapa (Estonia) alongside Estonian forces and other NATO partners. Participation to the enhanced Forward Presence in the Baltic countries is part of France’s commitment to NATO. 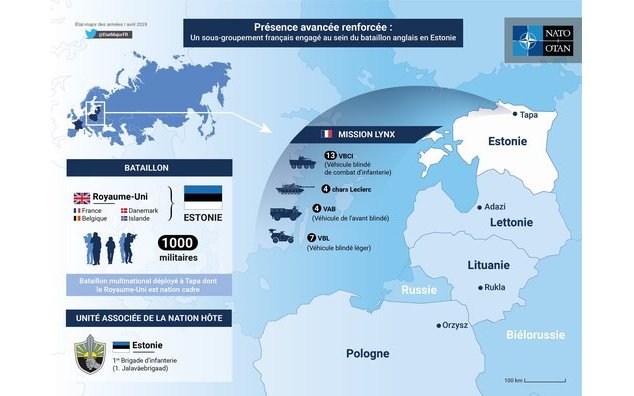 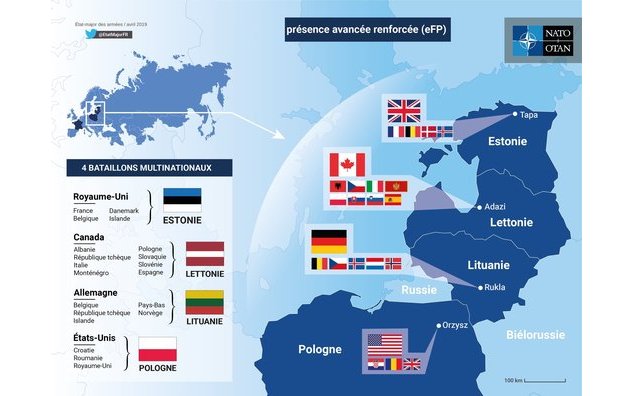 The French detachment in Estonia comprises 13 VBCI, 4 Leclerc tanks and a dozen of armored vehicles, alongside a national support element.

The mission is carried out by 300 soldiers from the 2nd Foreign Infantry Regiment, the 12th Cuirassiers Regiment and the 1st Foreign Engineer Regiment . They will mainly conduct training activities alongside their counterparts from the United-Kingdom, Belgium, Denmark, Island and Estonia within the NATO framework.

The first logistical means as well as advance elements have arrived in Estonia in April 2019. The detachment will be fully operational early May 2019.

At the occasion of the Newport Summit in 2014, the Warsaw Summit in 2016 and the Brussels Summit in 2018, NATO Allies decided to strengthen the Alliance deterrence and defense posture. Allies have agreed to deploy a forward presence through non permanent forces on the territory of certain Allies. Regarding the Baltic countries and Poland, these forces are called the enhanced Forward Presence (eFP).

In 2017, France first deployed troops to Estonia and then redeployed them to Lithuania in 2018. In 2019, France remains committed and deploys again its sub-group to Estonia within the framework of the mission named "Lynx".