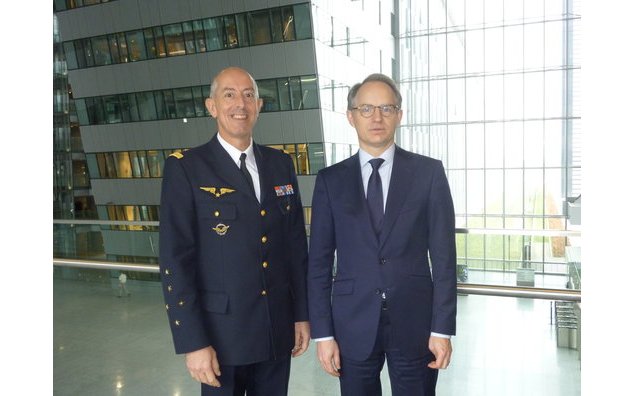 General Lavigne was given presentations on main NATO politico-military and air issues by a panel of officers from the French military representation as well as from the International Military Staff (IMS), the Allied Powers HQ in Europe (SHAPE, based in Mons) and the Allied Air Command (AIRCOM, based in Ramstein, Germany).

Throughout these discussions, General Lavigne demonstrated the strong commitment of the French Air Force to the Alliance, through its participation in NATO missions as well as its clear contribution to NATO air power.