In 1990 and 1991, during the first Gulf War, the Alliance deployed NATO aircrafts equipped with Airborne Warning and Control System (AWACS) and air defense systems in Konya (Turkey), as part of Operations Anchor Guard and then Ace Guard. Their objective was to follow the evolution of the crisis and cover the South East part of Turkey in case of an Iraqi attack. In 1992, the Alliance intensified the air surveillance by AWACS in central Mediterranean, in the context of growing tensions with Libya (Operation Agile Genie).

Operation Active Endeavour is the first counter terrorism operation led by NATO. Launched following the 9/11 terror attacks and the activation of Article 5 of the Washington Treaty by the United States, it ensured the detection and deterrence of terrorist activities in the Mediterranean from 2003 to 2016.

Since Russia’s illegal military intervention in Ukraine in 2014, NATO has taken additional peace-time reassurance measures for its member states. Among these measures, air policing missions allow NATO to detect, follow and identify any violation of its air space, and to take the necessary measures. Allies aircrafts patrol in the air space of Nations which don’t have their own fighters. Air policing is one of the three forces which permanently contribute to the collective defense efforts of the Alliance. The two other components are NATO’s permanent naval forces and the Integrated Air Defense System of the Organization.

In 1992, NATO contributed to humanitarian actions in Russia and in other member states of the Commonwealth of Independent States, within the framework of Operations Alliead Goodwill 1 and 2.

The Alliance intervened to improve the humanitarian situation in Darfour from 2005 to 2007 in support of the African Union Mission in Sudan (AMIS) : NATO undertook the air transport of personnel from the UN mission, and trained and supported more than 250 people in charge of this mission.

In October 2005, following an earthquake in Pakistan and at the country’s request, NATO airlifted 3500 tons of supplies and deployed engineers, medical units and specialized equipment. This humanitarian aid initiative, one the most important ones organized by NATO, ended in February 2006.

Over the years, the Alliance has contributed to the coordination of aid provided to countries hit by natural disasters (Turkey, Ukraine, Portugal, United States), through the Euro-Atlantic Disaster Response Coordination Center. 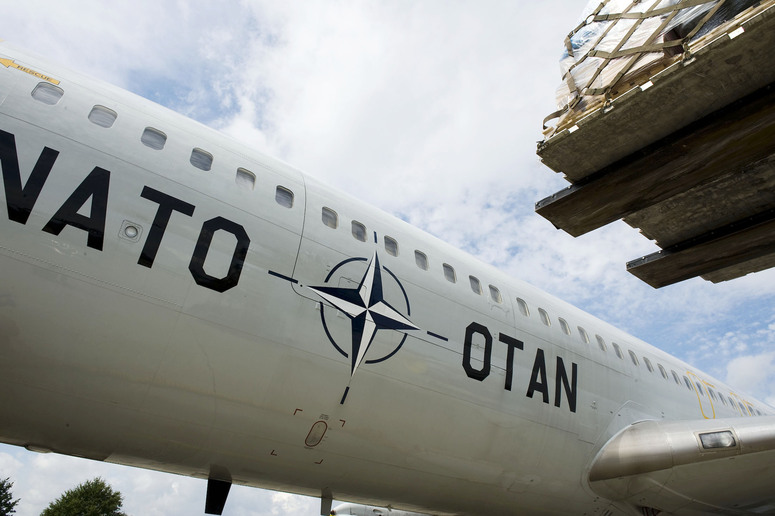 Then, for crisis management purposes:

In 1993, in support of the UN authorizing the imposition of a no-fly zone above Bosnia and Herzegovina, NATO launched Operation Deny flight. It provided close air support to the United Nations Protection Force (UNPROFOR) and carried out air strikes in order to protect security areas designated by the UN. Two years later, NATO took over from UNPROFOR the responsibility for military operations in Bosnia and Herzegovina: it deployed for a year its first crisis management operation, IFOR, composed of 60 000 soldiers. IFOR was then followed by the Stabilization Force (SFOR), whose mission ended on 2 December 2004 and which was replaced by Operation Althea, deployed by the European Union.

Between February and March 1999, the Alliance cariied out an air operation in Serbia-Montenegro to end the conflict in Kosovo, and then deployed a mission on the ground, the KFOR, to put an end to widespread violence and the humanitarian disaster. Following the declaration of independence of Kosovo in February 2008, NATO decided to maintain its presence in the country, on the basis of UN Security Council Resolution 1244. Since then, the KFOR has contributed to maintaining a safe and secured environment as well as freedom of movement to the benefit of all. It contributes to the construction of a multiethnic and professional security force for Kosovo, equipped with light weapons and responsible for carrying security tasks which are outside of the police’s mandate.

NATO also conducted three successive missions between 2001 and 2003 in order to support the stabilization of the Former Yougoslav Republic of Macedonia, at Skopje’s request. During these operations, the Alliance intensified cooperation with the European Union and the Organization for Security and Co-operation in Europe.

In a global security environment marked by the increasing interpenetration of threats, the Alliance gradually projects itself beyond the Euro-Atlantic space 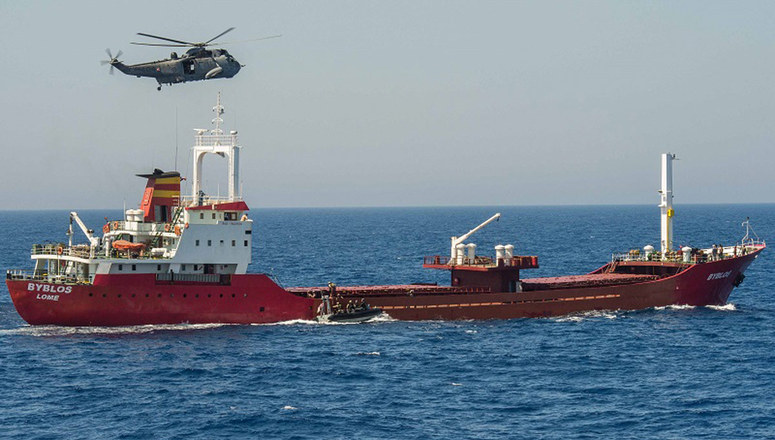 The operational contribution of France to NATO

Third contributor to the military and civil budgets of NATO, France is also a reliable and supportive ally on the operational level.

France contributes fully to NATO’s deterrence and defense posture. French authorities have decidedto deploy French troops in Estonia in 2019 as part of the enhanced Forward Presence (eFP). They will succeed to the 300 French soldiers who were already deployed within this framework in Estonia in 2017 and in Lithuania in 2018 (lien hypertexte). Furthermore, France deployed four Mirage 2000-5 of the fighter group 1/2 Cigognes from April 31st to August 31st 2018, within NATO’s enhanced Air Policing (eAP) mission based at the Ämari Airport in Estonia. France is committed to its contribution to the air policing missions, the French Air Force having carried out seven missions like this one above the Baltic states since 2004.

As NATO heads of States and governments announced in July 2018 the launching of NATO Mission – Iraq (NM-I), the French authorities reaffirmed their determination to support the reinforcement of the capabilities of the Iraqi defense institutions along with their Allies, and decided to deploy four personnel in the mission. Furthermore, France contributes to the global efforts of the Alliance in the fight against terrorism, through its national Opération Barkhane in the Sahel (close to 400 personnel deployed), and Chammal in the Levant (up to 1200 personnel).

France has also played a central role in several NATO operations, like the KFOR, within which over 50 000 French soldiers have been engaged since 1999 ; the International Security Assistance Force (ISAF) in Afghanistan, within which it has engaged up to 4000 personnel ; and operation Unified Protector, for which it carried out a quarter of the air patrols and one third of the offensive air strikes.