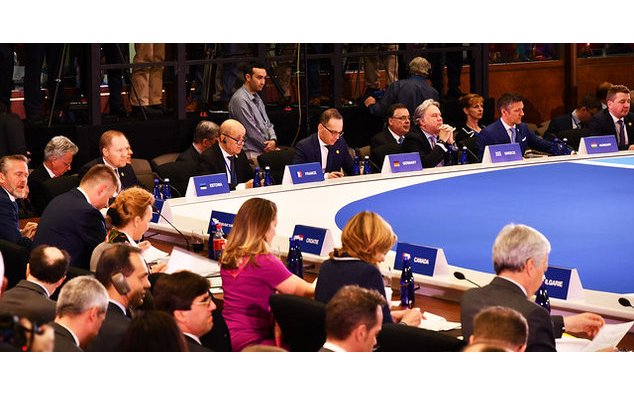 NATO Foreign Ministers met in Washington D.C. on the 3rd of April to mark the 70th anniversary of the Alliance. On the 4th of April, two working sessions and a working lunch took place, focusing on security challenges and the transatlantic bond.

The main topics of discussion were : security in the Black Sea Region, the Intermediate-Range Nuclear Forces (INF) Treaty, the fight against terrorism as well as burden-sharing in the Alliance.

Furthermore, on the 2nd of April, NATO Secretary General, Jens Stoltenberg, first met with the President of the United-States at the White House before delivering a speech on the 3rd of April at a joint session of the United-States Congress where he reaffirmed the importance of the Alliance unity.