Read the final communiqué of the NATO Heads of State and Government at the summit held in Warsaw on 8-9 July 2016.

The Warsaw Summit demonstrated that the Alliance is united, supportive and responsible.

In Warsaw, the Allies pledged to " unambiguously demonstrate, as part of our overall posture, Allies’ solidarity, determination, and ability to act by triggering an immediate Allied response to any aggression "(Para. 40 of the final communiqué).

The Allies thus pledged to establish an enhanced forward presence in the Baltic countries and Poland. France announced that it will play its full part, with the deployment of a company in Estonia from 2017, for a duration of 3 to 6 months per year.

The enhanced forward presence is a peacetime instrument. It is an ad hoc mechanism within NATO’s defensive, non-aggressive and predictable attitude towards Russia. In doing so, it respects the 1997 Founding act on NATO-Russia relations. In parallel with this strengthening of its deterrent and defensive posture, NATO maintains open channels of communication with Russia to avoid risks and increase transparency.

The commitment on defense budgets made at the Welsh summit in September 2014 was reaffirmed. At the initiative of France, an additional commitment was made by all Allies to strengthen their national cyber defense capabilities. Cyberspace has been recognized as an operational domain, with the precautions that France called for (recognition of international law, restrained posture).

The role of the Alliance in the South has been recognized, when it has added value (continued engagement in Afghanistan, support for the Daech coalition) as well as in support of the European Union in the Mediterranean.

Finally, the summit enabled to highlight NATO / EU relations through the signature of a joint declaration between the leaders of the two organizations. 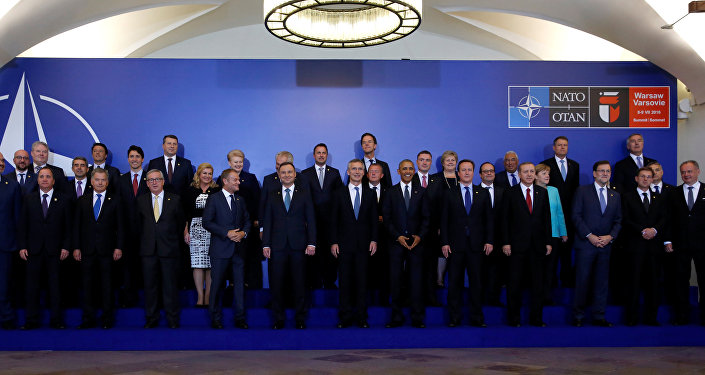