The European Union, a strategic partner for NATO [fr]

NATO and the EU, with 22 members in common, have forged a strategic partnership and maintain a regular political dialogue on security issues. 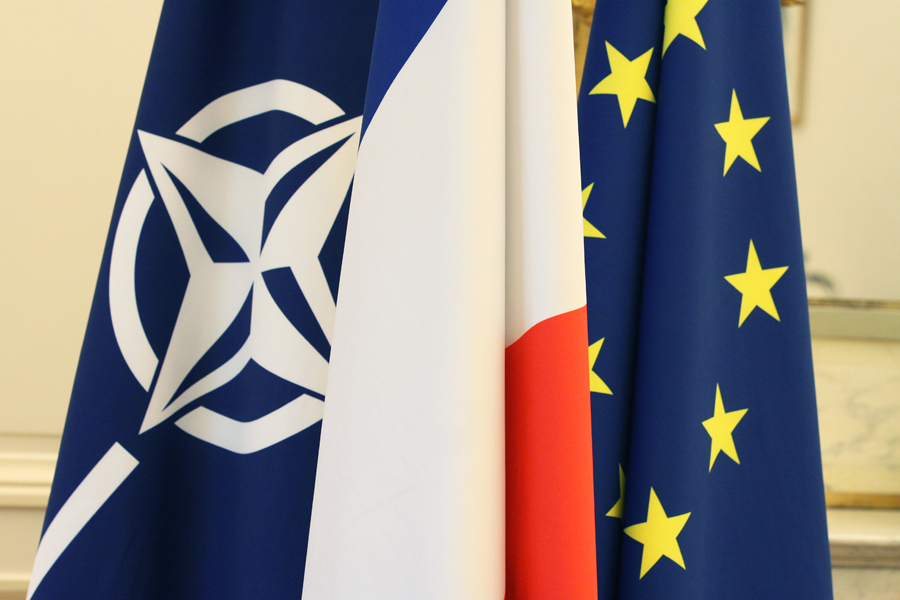 NATO maintains a privileged relationship with the European Union, which is based on two pillars: on one hand the strategic partnership between the two organizations, set up on 16 December 2002 through the EU-NATO declaration on the Common Foreign and Security Policy (CFSP) and on the other hand the so-called "Berlin +" agreement of 2003, which allows the Alliance to support EU military operations.

During the Wales Summit on the 4th and 5th of September 2014, NATO acknowledged, in a more explicit and substantial manner the role of the European Defense and the NATO-EU partnership in all its dimensions: political dialogue between organizations, as well as complementarity of the conducted operations and initiatives (military capacity development, cyber defense, maritime activities, interoperability, capability enhancement for third-state countries).

The Summit of Warsaw in 2016 set a new milestone for the UE-NATO partnership, especially through the signature of a common declaration by NATO’s Secretary General, J. Stoltenberg, the President of the EU Council D. Tusk, and the President of the EU Commission J.C. Junker. This joint declaration calls for strengthening practical cooperation between the two organizations in seven areas : response to hybrid threats, operational cooperation, cyber defense, exercises, capacity reinforcement, cooperation in the fields of research and defense industrial cooperation, reinforcement of the partners’capacities.

Finally, a new joint declaration on cooperation between NATO and the EU was signed by Mr. Stoltenberg, Tusk and Juncker upon the 2018 Brussels Summit. This declaration confirms the willingness of both organizations to reinforce their cooperation in several areas, among which military mobility, the fight against terrorism, resilience to chemical, biological, radiological and nuclear-related risks, and the promotion of the « women peace and security » agenda.