The French forces deployed in Estonia since April 2017 as part of NATO’s enhanced Forward Presence (eFP) have been redeployed in Lithuania Early January 2018. 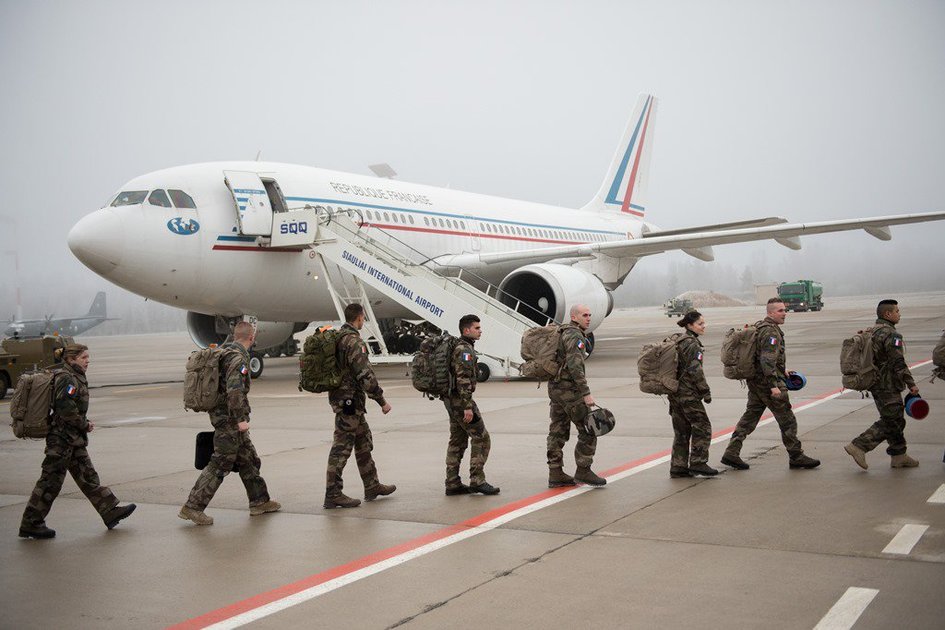 Arrival of the Lynx detachment in Lithuania

France has been deploying troops as part of the eFP since April 2017. The eFP is a defensive and proportionate mission aiming at reducing risks and thus contributing to the security of the Eastern flank of the Alliance. After nine months in Estonia, this deployment, called Lynx, shifted to Lithuania in January 2018 for an initial term of eight months.

In order to achieve this logistical redeployment, several teams worked for days to manage the transport - 600km away - of more than 100 containers and 132 vehicles.

Alongside Germany, which acts as "framework Nation", the 300 French soldiers from the 5th Dragons Regiment and 7th BCA will conduct training activities to improve interoperability between Allies. France also deployed robust and modern equipment including 4 Leclerc tanks and 9 VAB armoured vehicles, thus contributing to the security of Lithuania.

More information on the French contribution to eFP

At the Warsaw Summit in July 2016, Allies decided to establish an enhanced Forward Presence in the Baltic States and Poland to demonstrate their "solidarity, determination, and ability to act by triggering an immediate Allied response to any aggression". This defensive and proportionate presence helps strengthen the Alliance’s defense and deterrence posture and contributes to collective security. Since 2017, Estonia, Latvia, Lithuania and Poland have been hosting NATO multinational battlegroups.

This deployment is complementary to the reinsurance measures to which France also contributes, and demonstrates the solidarity and reliability of our country in a context of high-level operational commitment.