The Ambassadors of the North Atlantic Council and the Secretary General of NATO traveled to Kiev to celebrate the 20th anniversary of the signing of the Distinctive Partnership between NATO and Ukraine. On this occasion, they reiterated the Alliance’s political and practical support to Ukraine 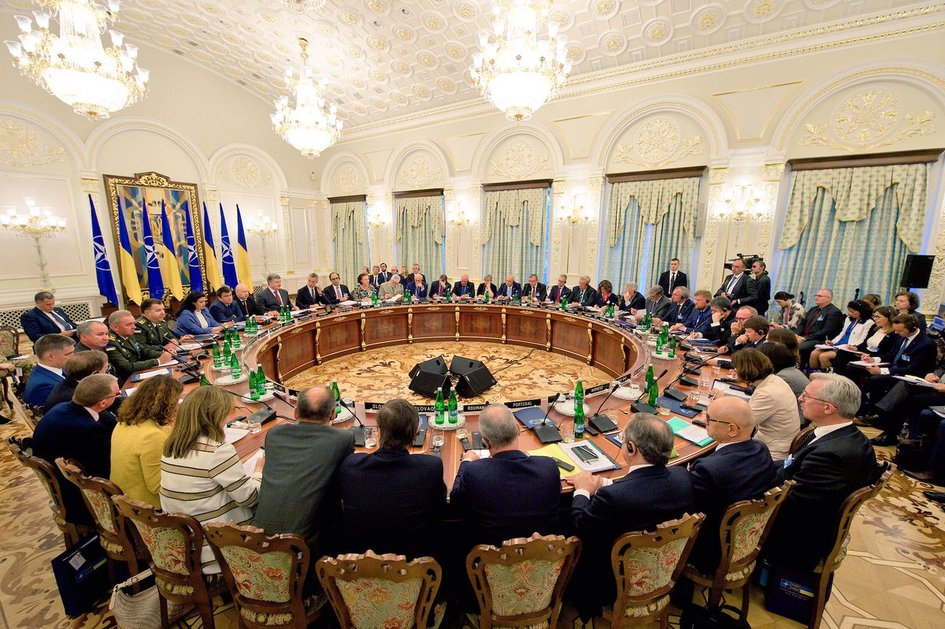 The visit of the North Atlantic Council included a meeting of the NATO-Ukraine Commission at the invitation of Ukrainian President Petro Poroshenko. The Council also visited the Rada, which allowed for in-depth discussions with Ukrainian members of parliament.

In Kyiv, the Secretary General also had bilateral meetings with President Poroshenko, Prime Minister Volodymyr Groysman and other senior officials. Mr. Stoltenberg also took part in the inauguration of the new premises of the NATO Representation to Ukraine, along with the Vice Prime Minister for European and Euro-Atlantic Integration, Ivanna Klympush-Tsintsadze.

The programme and pictures of the visit